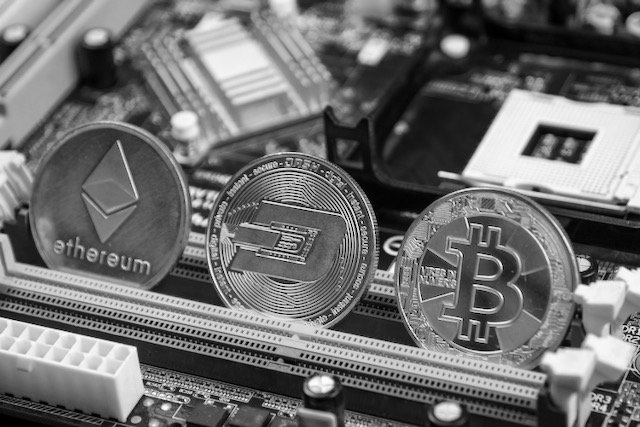 1          Ban! According to a recent opinion (Dutch only) of a director of the Netherlands Bureau for Economic Policy Analysis (a public economic research institute) the Netherlands should ban cryptocurrencies.

The key argument is that cryptocurrencies do not meet the main functions of fiat money: store of value, unit of account, and medium of exchange:

They perform much worse than government money on all points.
There is no value retention, ease of use suffers from a lack of acceptance and security is undermined by outright scams.
[..]
Cryptocurrencies are therefore unsuitable as a unit of account and means of payment outside the criminal circuit; its use as a store of value is based on the hope that cryptocurrencies will one day replace real money.
[,,]
Several countries are now taking steps to curb the crypto hype, due to harmful consequences – fraud, criminal use, gambling addiction, financial instability, not to mention the enormous energy waste.

It is unlikely that cryptocurrencies like Bitcoin or Ripple will become a mainstream peer-to-peer version of electronic cash and a serious alternative to fiat money. People will simply not use a cryptocurrency for day-to-day payments that is expensive to use, extremely volatile and is primarily used for investment and speculation purposes.

However, it is too simplistic to solely focus on cryptocurrencies and have a discussion about whether cryptocurrencies are an alternative to fiat money and whether they should be banned. Cryptocurrencies form part of a large ecosystem: a new ecosystem which has evolved and grown enormously in a short span of time. A related question is when does a coin or token classify as a cryptocurrency? The Basel Committee on Banking Supervision proposes a definition for prudential purposes (see below).

2          FinTech 3.0 Re-Architecting Financial Market Infrastructure & DeFi. For an overview of the new financial ecosystem, this article by John Street Capital is a very interesting read.

To quote their ‘Bottom Line’:

The amount of human & financial capital flocking to DeFi is growing at exponential rates, and it’s an exciting time to be an entrepreneur, builder, investor, and user in the industry. In less than 3-years since the term was initially coined, and four-years since the first product was released, we have $100’s of billions of dollars of capital in the ecosystem, with billions of dollars of value being transferred every day on rails that didn’t exist 5 years ago. Whether it’s programmable money, DEX’s, on-chain identity, democratization of borrowing / lending, access to global liquidity, a truly global, interoperable & instantaneous payment system, the potential permutations are limitless.

In relation to fintech 3.0/DeFi, they build upon Bain’s Harris key point in his 2019 article relating to fintech in general:

Rather than constituting a segment on its own, fintech joins the article, cloud and mobile as the fourth major platform technology.
[..]
This stack (internet, cloud, mobile) has enabled us to do old school financial services in a digital way. While the first generation of fintech companies created billions of dollars of value, because of new enablers like Plaid, Cross River Bank, Finix and Wisetack, we’re now moving past that phase to one where fintech moves from being a business model unto itself, to being the fourth layer in the stack or the “fourth platform,” wherein financial functions like payments, lending and insurance join connectivity, intelligence and ubiquity as layers of the stack upon which new companies can be built.

3          Crypto Finally Has a Reason to Exist. The future of cryptocurrency may well depend on the future of decentralized finance, which is uncertain but growing. According to professor Tyler Cowen in his Bloomberg opinion.

You could say that crypto is a Trojan horse of a new and quite different financial system. If you have ever dealt with U.S. banks, and suffered through their bureaucracy and mediocre software, you might conclude that they are ripe for disruption. Banks in other countries may be even more vulnerable.
[..]
Obviously, as DeFi grows, questions of government oversight and control will come to the fore. Still, it seems unlikely that DeFi institutions will be regulated out of existence.
[..]
Keep in mind that significant swaths of the developing world currently use micro-credit, where borrowing rates of interest are often 50% or 100% on an annualized basis. It is likely that some of those countries will experiment with DeFi as an alternative method of credit allocation, regardless of whether those new institutions satisfy U.S. regulators in every regard.

4         Banks and cryptocurrencies. The Basel Committee on Banking Supervision takes its own approach. Its public consultation on preliminary proposals for the prudential treatment of banks’ cryptoasset exposures makes a distinction between cryptocurrencies and effectively discourages banks from the holding specific cryptocurrencies such as bitcoin.

Group 1 cryptoassets – these fulfil a set of classification conditions and as such are eligible for treatment under the existing Basel Framework (with some modifications and additional guidance). These include certain tokenised traditional assets and stablecoins.

Group 2 cryptoassets – are those, such as bitcoin, that do not fulfil the classification conditions. Since these pose additional and higher risks, they would be subject to a new conservative prudential treatment.
[..]
The application of the 1250% risk weight set out in the above formula will ensure that banks are required to hold risk-based capital at least equal in value to their Group 2 cryptoasset exposures. In other words, the capital will be sufficient to absorb a full write-off of the cryptoasset exposures without exposing depositors and other senior creditors of the banks to a loss.
[..]
That is, a $100 exposure would give rise to risk weighted assets of $1250, which when multiplied by the minimum capital requirement of 8% results in a minimum capital requirement of $100 (ie the same value of the original exposure, as 12.5 is reciprocal of 0.08).

5          Regulation? One of the fundamentals questions should be: how do regulators see the future of the crypto ecosystem? Especially if ’traditional’ banks are discouraged from holding cryptocurrencies. Are regulators willing to accept and appreciate the fact that cryptocurrencies and especially the underlying blockchain technology have spurred innovation and have given birth to a new (financial) ecosystem which can also offer benefits to the financial institutions they supervise and the end consumer?

There is a contradiction here because on the one hand the possible benefits of blockchain are acknowledged by policymakers. See for example the 2016 (!) report from the World Economic Forum, The future of financial infrastructure, its Global Future Council on Cryptocurrencies and the EU Blockchain Strategy. On the other hand, regulators and policymakers talk about banning cryptocurrencies and focus their attention on anti-money laundering regulation and regulating the markets in crypto-assets but seem to ignore the broader picture as set out above.

A way forward is introducing regulation to this new industry. Thereby taking a systemic approach and not focussing on cryptocurrencies but look at this new ecosystem as a whole. This will create trust, end regulatory arbitrage and help the market become more mature and transparent. My main worry is that regulation nowadays often loses sight of its core objectives and especially since the (last) financial crisis tends to go overboard. If not thought through properly, regulation can be highly ineffective, burdensom and will hamper innovation. This new and fast developing market offers the possibility to introduce a broad effective regulatory framework instead of the patchwork ’traditional’ financial markets have to deal with.

Although the crypto movement has its roots in distrust of government and other operators, most proponents of cryptocurrencies and the crypto ecosystem already embrace some regulation. They acknowledge that regulation creates trust and does not equal full governmental control. Proponents of the crypto ecosystem should be more forward thinking and take a more proactive and cooperative approach towards regulators and policymakers.

This website uses cookies to function. Out of these, the cookies that are categorized as necessary are stored on your browser as they are essential for the working of basic functionalities of the website. We do not use cookies for analytical or tracking purposes.
Necessary Altijd ingeschakeld
Necessary cookies are absolutely essential for the website to function properly. These cookies ensure basic functionalities and security features of the website, anonymously.
Functional
The pll _language cookie is used by Polylang to remember the language selected by the user when returning to the website, and also to get the language information when not available in another way.
OPSLAAN & ACCEPTEREN
Aangedreven door